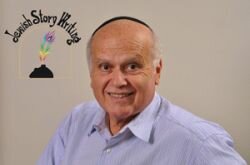 Yaacov Peterseil created JewishStoryWriting.com as an Internet site where talented writers of Jewish prose and poetry can get the exposure they deserve.

Yaacov received his B.A. in English from Yeshiva University and his M.A. in Journalism from the University of Michigan, where he also earned a Cognate Degree from the Center for Far Eastern Studies. He received rabbinic ordination (Smicha) from Shor Yoshuv Institute for Jewish Studies.

One of his first forays into the world of publishing and writing led to the creation of Enjoy-A-Book Club, a Scholastic-type book club which distributed brochures featuring Jewish children’s titles to over 400 Jewish schools throughout the United States. In order to meet the demand for new children’s titles, Enjoy-A-Book Club began publishing its own titles. The success of these titles prompted Yaacov to enter the Jewish book fair market and open K’Tonton Bookstore, the largest children’s party and book store on Long Island.

Eventually, Yaacov realized his longtime dream of making aliyah to Israel. It was here that Yaacov helped create Pitspopany Press which soon became the leading publisher of Jewish children’s books. Thanks to some remarkable authors and illustrators, Pitspopany titles won many  awards, including The National Jewish Book Award, The Storytelling World Award,The Children’s Book Council Award, and The Judaica Librarians’ Choice Award.

As for his newest venture, Yaacov says, “I think my years as a publisher, distributor, and writer of books have served as a kind of smorgasbord before the main event, JewishStoryWriting.com. Maybe it just took technology a while to catch up to my vision, or maybe I just needed to find the right venue for my dream of a holistic writing site for writers of Jewish prose and poetry to become a reality.” 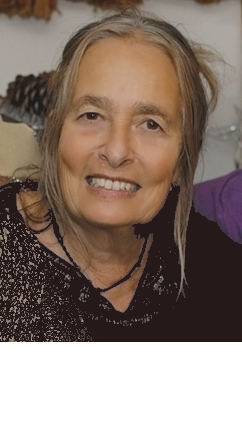 Born and raised in New York, June O. Leavitt received her undergraduate degree in English from the Universityof Wisconsinin 1974. After five years homesteading in New England, she immigrated to Israel.  At the same time that she raised five children, she pursued a writing career. Her first novel Flight to Seven Swan Bay (Feldheim, 1985) was reissued in 2012 as a classic for young adults. She has published two memoirs about her life in Israel, Maze of Terror 1995 (Laffont/ Claasen Verlag) which was featured in US News and World Report (April, 1994) and Storm of Terror (Ivan Dee, 2002).  A novel Falling Star was published in Hebrew by Aviv Publishing 1999 as Cocav Nophel.

In 2001, when her children were grown she began graduate studies, receiving both her MA and PhD in literature from BenGurionUniversity. Her book Esoteric Symbols: the Tarot in Yeats, Eliot and Kafka was published by UP of America in 2007. Her work The Mystical Life of Franz Kafka was published byOxford in 2012. Since 2001, she has been an adjunct lecturer in mystical literatures atBen GurionUniversity. June teaches creative writing to adults inJerusalem. 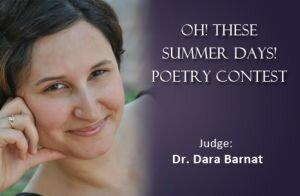 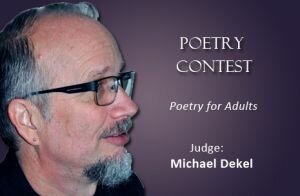 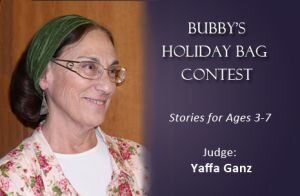 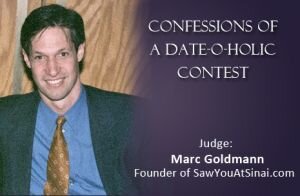 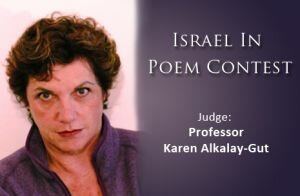 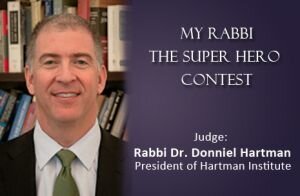 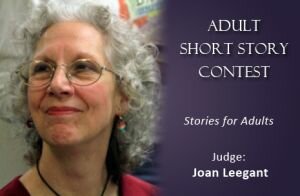 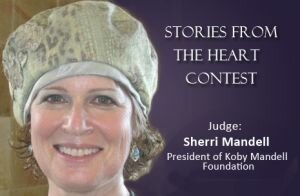 Michael Dekel's prize-winning poetry and photographs have appeared in print and online in Sketchbook, Zeek, Poetry Midwest, Neon Beam, why vandalism? and Poetica Magazine. He is the author of the poetry and art book, The World Behind It, Chaos. Michael has received top awards in the Reuben Rose Poetry Competition (2008 and 2009), and was co-editor of the Voices Israel Poetry Anthology (2010). He holds degrees in literature, creative writing, and psychology


Yaffa Ganz has written over fifty books for Jewish children, including the classicSavta Simcha series, three books of essays on contemporary Jewish life and hundreds of articles in Jewish publications worldwide. Her books have been translated into French, German, Hebrew and Spanish and comprise a large section of today's Jewish juvenile bookshelf. Yaffa founded the Young Readers Division at Feldheim Publishers and served as its editor for ten years. She taught creative writing at the Jerusalem College for Women In 1990, and was awarded the prestigious Sydney Taylor "Body of Work Book Award" from the Association of Jewish Libraries.
Marc Goldmann is the CEO and Founder of SawYouAtSinai.com (for Orthodox Jewish singles) and JRetroMatch.com (for Conservative, Reform and Traditional Jewish singles).Marc left the corporate world where he was a Management Consultant and working on Wall Street for 12 years to create the ultimate online matchmaking network. SawYouAtSinai now has over 40,000 members, 350 matchmakers, and almost 2000 people are married as a result.  It is the largest matchmaker network in the world, and is benefiting singles in communities worldwide with its accessibility and efficiency of the online matching system combined with the personalized touch of a matchmaker. Right before he launched SawYouAtSinai, Marc met Chani. The two were married in October 2004, and now have 4 children.
Karen Alkalay-Gut was born in England and educated in the United States. She has been teaching at Tel Aviv University since 1977, chairs the Israel Association of Writers in English, and helps to edit the Jerusalem Review. More recent books of poetry include So Far So Good (Sivan, 2004), Danza del Ventre a Tel Aviv (Kolibris, 2010), Miracles and More as well as seven books in Hebrew translation, Keepers of my Youth, (Keshev 2010 ), and Miracles and More (Keshev 2012). A Different Story with Panic Ensemble was issued by Nanadisk in June, 2012. For the past 12 years she has been keeping a diary on her website, http://www.karenalkalay-gut.com.

Rabbi Dr. Donniel Hartman is Shalom Hartman Institute President and the Director of the Engaging Israel Project. Donniel is the founder of extensive education, training and enrichment programs for scholars, educators and rabbis in Israel and North America. He is the author of The Boundaries of Judaism and the co-editor of Judaism and the Challenges of Modern Life, both published by Continuum Press. Donniel is the co-author of Spheres of Jewish Identity, a model curriculum in Jewish philosophy for secular Israeli high schools.

Joan Leegant is the author of Wherever You Go (W.W. Norton) and the story collection, An Hour in Paradise (W.W. Norton), which won the Winship/PEN New England Book Award, the Wallant Award for Jewish Fiction, and was a finalist for the National Jewish Book Award. The collection was also selected for the Barnes & Noble Discover Great New Writers series. New work has appeared or is forthcoming in The Normal School, Colorado Review, Bellevue Literary Review, and The Literarian. Since 2007, she has been a regular visiting writer at Bar-Ilan University where she teaches in the Shaindy Rudoff Creative Writing Program.

Sherri Mandell won the National Jewish Book Award for her spiritual memoir “The Blessing of a Broken Heart.” Translated into three languages, the book was adapted into a stage play which opened at the San Diego Repertory Company. In 2010 she won first prize in Moment Magazine’s Karma Short Fiction Prize. In 2004, she won Jewish Woman International’s Women to Watch Award and was awarded an ADL Partners in Peace Award. Aish Ha Torah gave her its Woman of Valour Award in 2011. Sherri and her husband direct the Koby Mandell Foundation which runs summer camps and other programs for the bereaved families of terror victims in Israel. 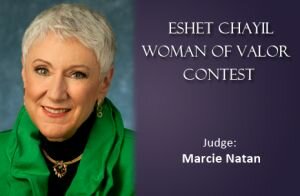 Risa Miller is an author and professor of creative writing. Her first novel, Welcome to Heavenly Heights, earned her the PEN New England Discovery Award, and became a New York Times New and Noteworthy Paperback (2004). Her most recent novel is My Before and After Life. Numerous essays and reviews have appeared in Post Road Magazine, the Boston Jewish Film Festival Magazine, and Hadassah Brandeis Institute’s 614 HBI eZINE. Risa serves on the creative writing faculty of Emerson College, and previously taught at Lasell College, the University of Massachusetts and Bar Ilan University.
Marcie Natan Zionism and love for Israel are in Marcie Natan's heart.  And Hadassah is in her DNA.  She has served the organization with her quiet strength, profound integrity, and generosity of spirit since her early twenties.
Marcie has traveled to Israel more than 50 times, including visits during both intifadas and the 2006 Lebanon War. Her time in Israel has intensified her passion and honed the perspective she has brought to Hadassah's National Board and Executive Committee, and the Hadassah Foundation Board. 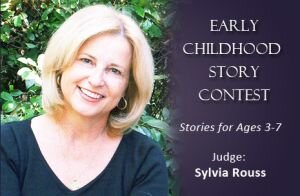 Sylvia Rouss is the author of over 30 children’s titles, including two beloved series of children's books: Sammy the Spider, and The Littlest series, which includes The Littlest Pair, winner of both the National Jewish Book Award and the Storytelling Award.
Her latest children's book, Mitzvah the Mutt, won the Moonbeam Children's Book
Award (2010).

Dvora Waysman has been a world –wide syndicated journalist for many years; a teacher of creative writing and the author of 11 books. Her best-selling title, The Pomegranate Pendant, has been made into a movie, "The Golden Pomegranate", and is scheduled to be shown in theaters this year. Dvora has won The Jerusalem Award for her poems, fiction and articles about Jerusalem. She was also selected by Brandeis University to be featured on their 2011 calendar highlighting important Jewish writers around the world.